Old 'brick' phones back in style

The NY Times has an article about old 'brick' style cellular phones catching a geek-chic wave. Quoted in the article is Eugene Auh, a proud owner of a Motorola DynaTac. It did not explain how Mr. Auh plans to use the phone on a modern cell phone network (that would be a feat on its own).

Rather than subtracting from its charm, the phone's cumbersome size--it is roughly 8 by 2 by 3 inches--is its main attraction, Auh said. Indeed, he plans to take the phone to work, to the gym and even to his nighttime haunts.

"Imagine this: I'll walk into a bar and ask for a girl's number, then break out my phone," he said. "How could you say no to that?"

A search on eBay, where Mr. Auh got his phone, shows only an OEM battery. If you know where a DynaTAC can be purchased, please let us know.

A photo of a Motorola DynaTAC 8000X follows after the jump. It was the first commercial handheld cellular phone and was approved by the FCC in 1983. It weighed 28 ounces, or slightly under 2 pounds. Phones these days typically weigh between 3-5oz. 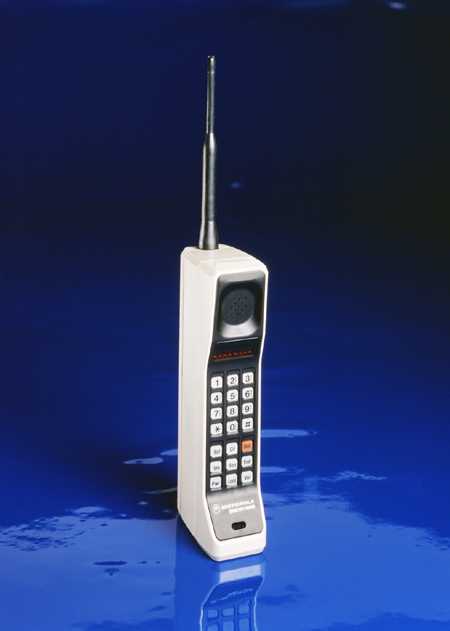